CULINARY ARTISANS AT THE LODHI 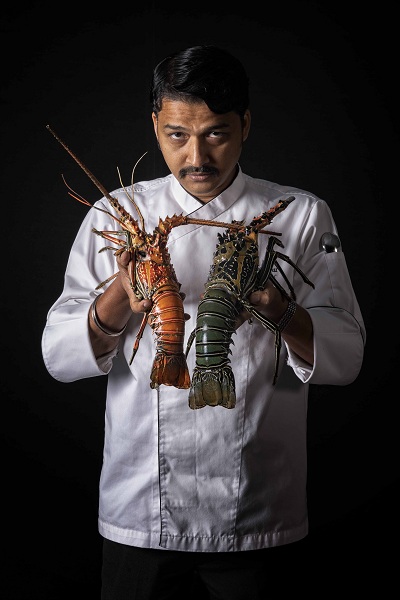 A master in Oriental flavours, Chef Vijay comes with a wealth of two decades of expertise during which he worked his way through kitchens across the country and also in Beijing for a brief period which gave him hands-on experience and helped him strengthen his skills in the cuisine.

He has been instrumental in the re-launch of SET’Z at DLF Emporio in Delhi - a contemporary restaurant with seven international kitchens, where he was leading a team of 83 chefs. 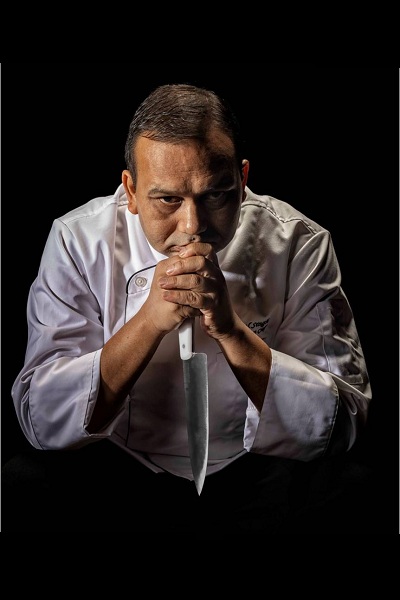 A specialist in European cuisine with a strong hand in Italian, French and steakhouse cooking, Chef Prem has over 15 years experience. He enjoys innovating with old world flavours, creatively blended with modern cooking trends.

At the helm of a team of 80 chefs at the hotel, he is renowned for curating exquisite menus for sit-down wine-paired evenings. Before joining The Lodhi, he was associated with Jumeirah Beach Hotel, Dubai. 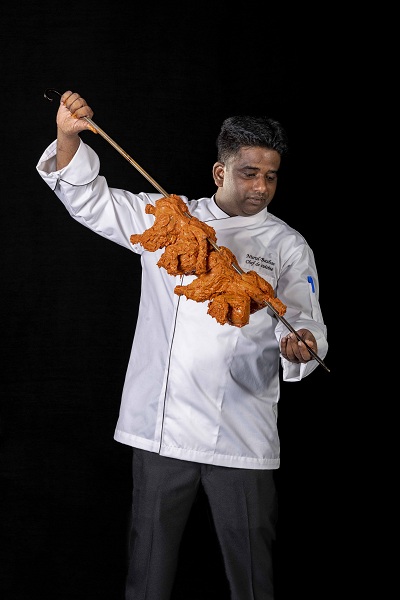 Chef Nurul has over 16 years of experience and specialization in Indian provincial cuisines. Born and raised in Orissa, he began his professional journey working his way up with hotels in Bangalore, after which he spent more than two years in Ho Chi Minh City, Vietnam. This opportunity helped him gain deeper insights into the trends of Indian cuisine internationally.

Subsequently, he came back to India and honed his skill in the intricacies of India’s thousand-year old royal culinary legacy. Before joining The Lodhi, he was the Sous Chef at Hyatt Regency Makkah in Saudi Arabia. 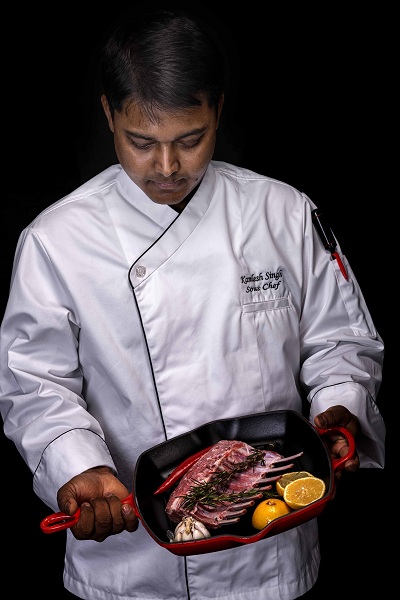 Chef Kamlesh comes with more than 18 years of experience and a multi-skilled repertoire with expertise in an array of cuisines including Italian, European, Spanish, French and Indian.

He began his culinary journey in Mumbai, working his way up with stand-alone restaurants. Subsequently, he joined the acclaimed SET’Z at DLF Emporio, Delhi where he was heading a team of 30 chefs as Chef de Partie for five years. He later got the opportunity to hone his skills with the celebrity Italian Chef Aldo Zilli at his restaurant 'Zerruco by Zilli'. 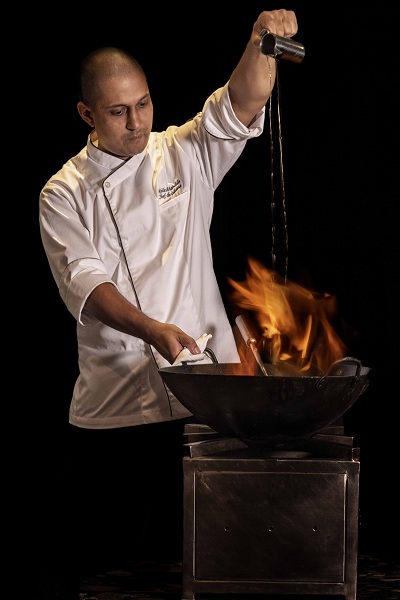 Chef Akhilesh has vast and versatile culinary experience of more than 13 years across the hospitality industry. A graduate from Delhi University, he pursued a 3-year apprenticeship in food production of Indian and Continental cuisine, after which he was associated with the Hyatt Regency, New Delhi for 5 years. Before joining The Lodhi in 2013, he was part of the team at Café E, DLF Emporio. 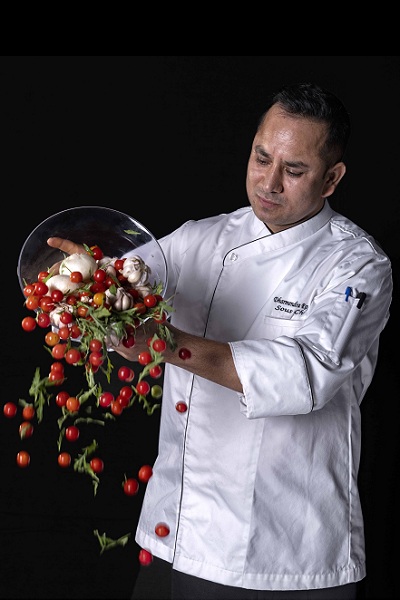 Chef Dharmendra joined The Lodhi as Demi Chef de Partie in 2008 when the hotel was formerly The Aman, New Delhi.

After pursuing a Diploma in Hotel Management from Dehradun, he initially worked his way up with stand-alone restaurants in the capital. During his two decades of experience, he was later associated with various luxury properties including One&Only Royal Mirage, Dubai.

He was also conferred the prestigious ‘Master Chef Award’ for continental cuisine in the Indian Culinary Forum 2012, and achieved Bronze for the category of three-course set dinner menu in the AAHAR 2013 International Food Fair. 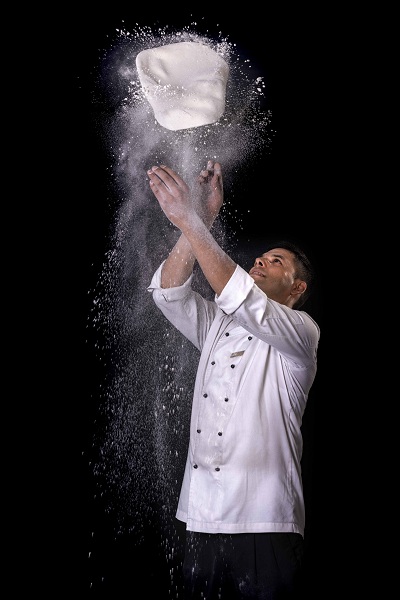 Chef Nirmal hails from Nepal and is an expert at curating traditional and simple yet comforting flavours based upon Nepal's cultural diversity and geography. He started his career in 2004 with the Grand Hotel in downtown Kathmandu, after which he worked with a Catering Service brand in Nepal. Before joining The Lodhi, he was associated with the Singinawa Jungle Lodge in the Kanha Forest Reserve, where he was the Head Chef for over five years. 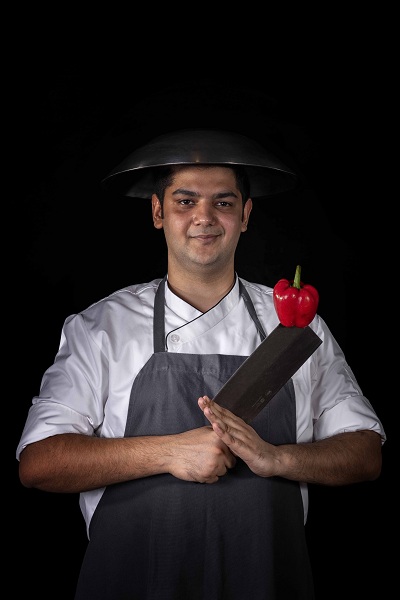 Born & raised in Delhi, Shubham has always been passionate to create culinary art which can be explored by gastronomes. With this philosophy in mind, he honed expertise in traditional Japanese fare like Sushi, Sashimi, Yakitori and Teppanyaki. However, his true skills lie in creatively blending these with modern techniques, without compromising on the authenticity of taste.

During his 8 years of career so far, Shubham has led various restaurants to new heights and was awarded the prestigious title of ‘Chef of the Year’ in Times Food & Nightlife Awards 2019.